Bad news: the bees are struggling. Good news: city-dwellers can help! Even a small garden patch can be a sanctuary for bees, according to a new study. Here are some tips to get you started.

Did you know that city terraces, backyards and allotments are vital spaces for bees? New research, published in the journal Nature Ecology and Evolution, found allotments and gardens often had 10 times more bees than parks, cemeteries and urban nature reserves.

Our Edible Playgrounds team have put together a list of ways to make your garden more bee-friendly, but first - let’s have a look at why it’s vital that we come together to help our fluffy insect friends. NB: puns might occur. Bee prepared.

Why are bees important?

The humble creatures are  tiny, bee-autiful heroes, if you ask us. Did you know that about one out of every three bites of food is made possible by bees and other pollinators? In the United States alone, honeybees pollinate $15 billion worth of crops each year. As well as maintaining our food supply, they also contribute to the wider ecosystem. The plants they pollinate provide animals with food such as seeds and berries, and the pollination also means more plants which in turn is enriching landscapes and making the world a greener, happier place to live.

In the context of climate change, bees are a particularly interesting species. Their health and abundance can show us an indicator for the health of the environment as a whole. Honey bees provide an opportunity to judge longer term environmental effects, since they are one of the few insect species which produce colonies which are meant to survive for multiple years. The by-products of honey, wax and pollen can also be analysed easily for pollution.

At Trees for Cities, we can’t not mention the impact bees have on trees. They share a mutual friendship, so to speak. Many trees are pollinated by bees (and other insects), and in turn trees have a big positive impact on the environment. Read about the many benefits of trees here.

Trees that need pollination includes: rowans, hazel, hawthorne, horse chestnuts, and alder, among others. Fruit trees such as apple, pear, cherry and plum are also dependent on pollinators.

What does the future hold for the Bee-yonce of insects?

We’ve established that bees are pretty darn important. That’s why it’s worrying that 35 UK bee species are under threat of extinction, and the rest face serious threats, according to Friends of the Earth. Right now, they need us almost as much as we need them.

The first cases of ‘colony collapse disorder’ started being reported in 2007, and saw huge numbers of bees disappearing with no explanation, leaving scientists, beekeepers and just about everyone else baffled. The disorder is still not fully understood, but it’s most likely a combination of habitat loss, shifting temperatures, disease and pesticides. Climate change is thought to be a big factor, leading to variance in temperature that make flowers bloom earlier in spring. This could mean a potential mismatch in seasonal timing between when flowers produce pollen and when bees are ready to feed on that pollen. Even a minor mismatch of just 3-6 days could negatively affect bees’ health, making them less resistant to predators and parasites and less likely to reproduce, according to a study comparing 40 years of records.

Climate change also impacts habitat loss, as bees fail to move to cooler places to build new hives in a more pleasing temperature. A recent study on bumblebee migrations found that bee territories have shrunk by nearly 200 miles in North America and Europe. Not to mention that the habitat that wild bees depend on to nest and forage is increasingly disappearing due to modern farming practices and urbanisation. Since 1945, 97% of wildflower meadows in the UK have vanished. During that time, a quarter of the world’s 250 bumblebee species are thought to be facing some degree of extinction risk, according to the IUCN.

There is a fitting quote that is commonly attributed to Albert Einstein, although we don’t know for sure if it’s actually said by him: “If the bee disappeared off the surface of the globe then man would only have four years left to live.” While there’s no way of verifying the timescale and it could account for scientific efforts to turn things around it does highlight how our survival - and all life on earth - is linked to bees. So, enough with the doomsday talk - let’s get on with ways we can help our fluffy friends.

​Tips and tricks for a pollinator-friendly green space

Plant nectar rich plants in a sunny position to encourage pollinators such as butterflies to bathe in the warm sunshine whilst pollinating! 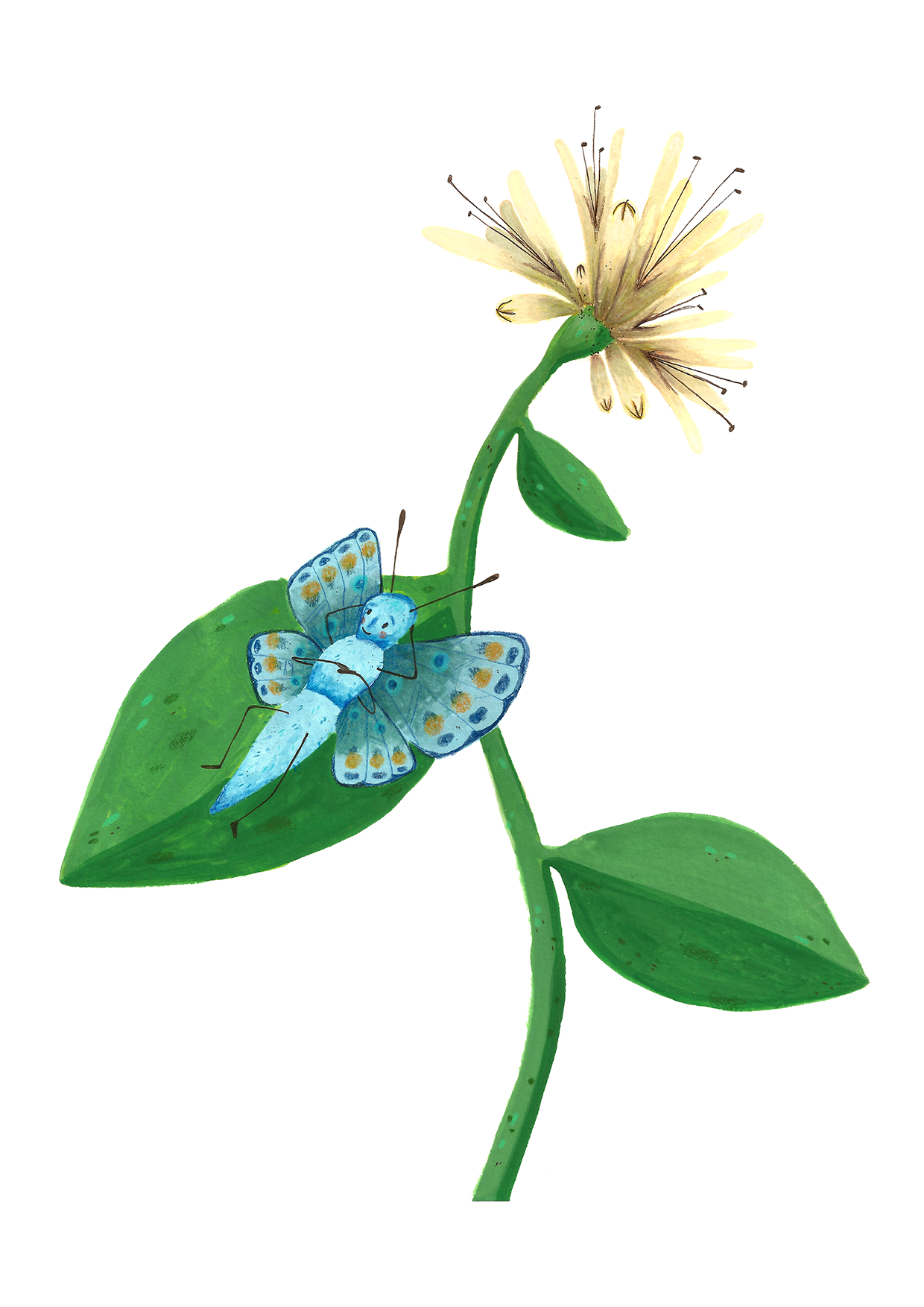 Choose species that flower in spring, summer and autumn as a good way of providing for pollinators all year round. 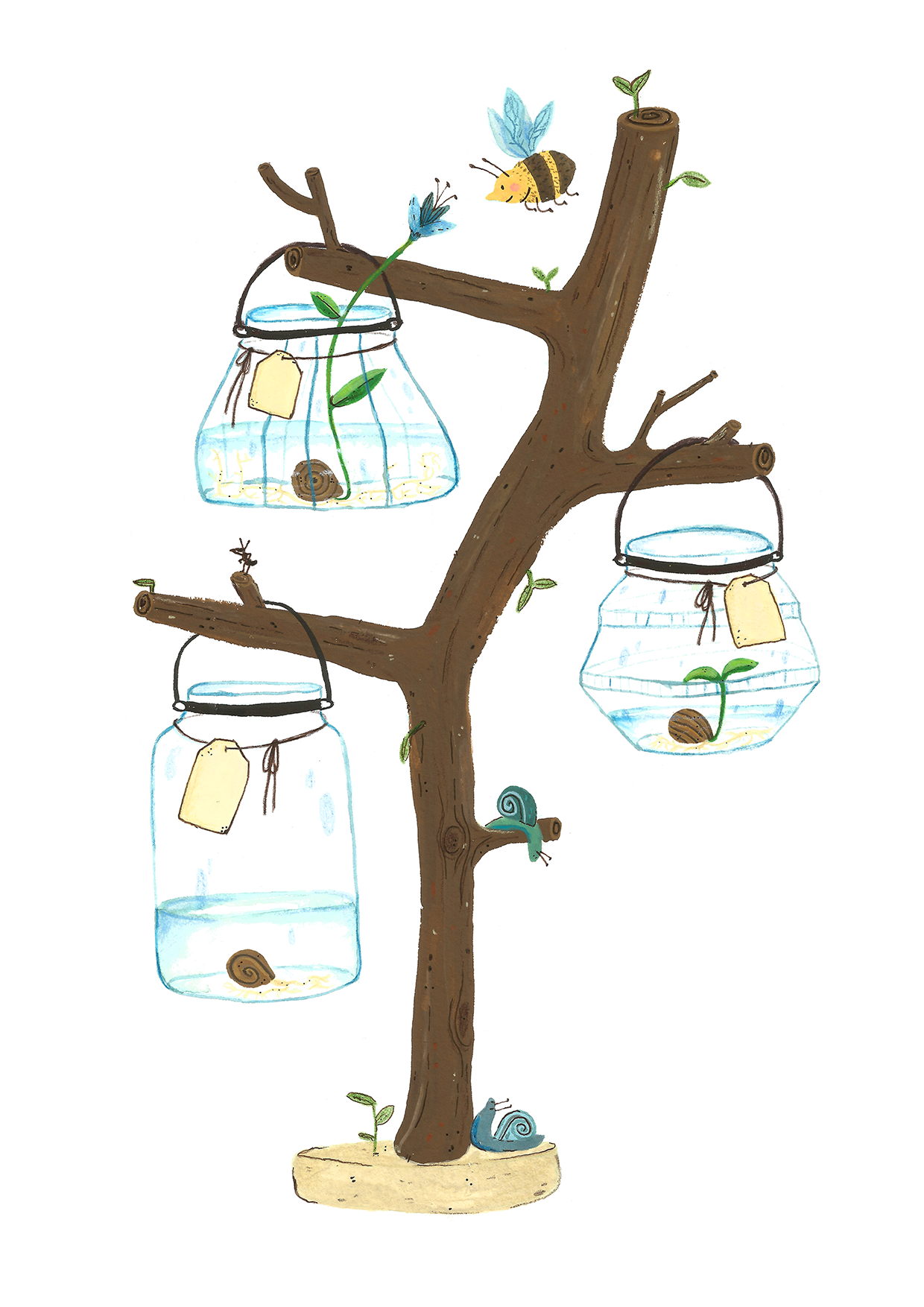 Plant nectar rich plants in a sunny position to encourage pollinators such as butterflies to bathe in the warm sunshine whilst pollinating! 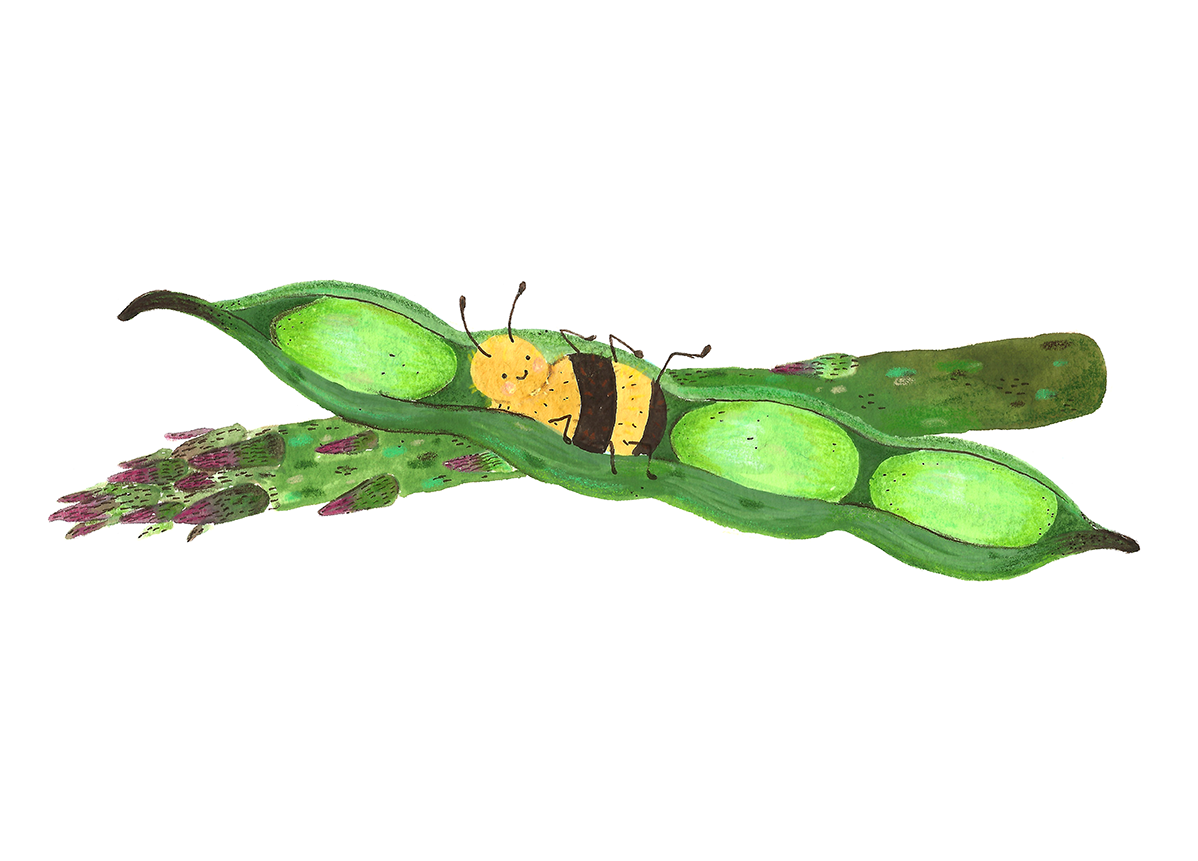 Even in small spaces you can help the process of pollination. Why not encourage pollinators into your outdoor space by adding wildflowers to window boxes and balcony pots. 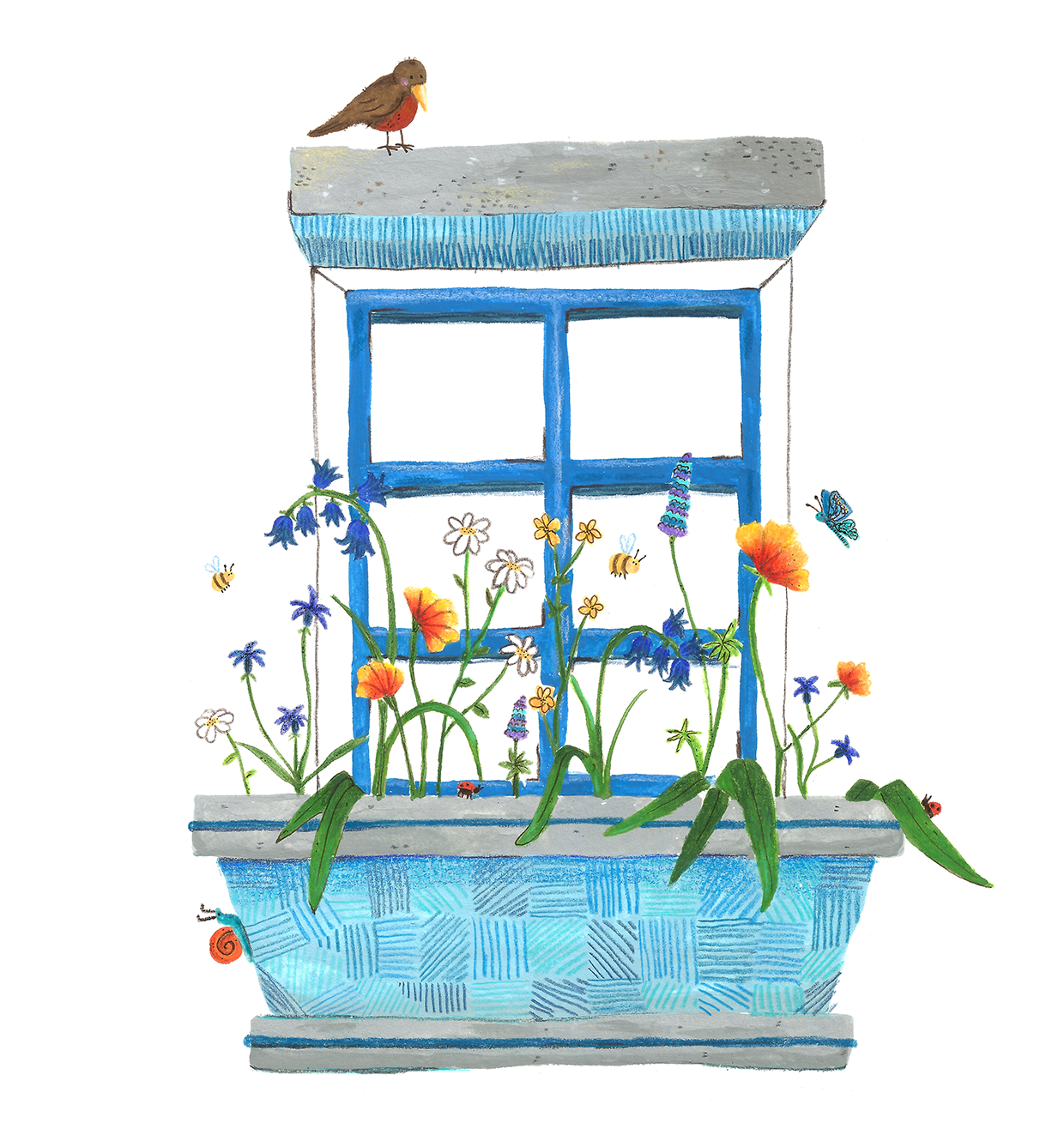 It’s not lazy gardening; some pollinator larvae feed on grasses, nettles, thistles and ivy. Let some parts of your garden go wild and welcome new creatures in. 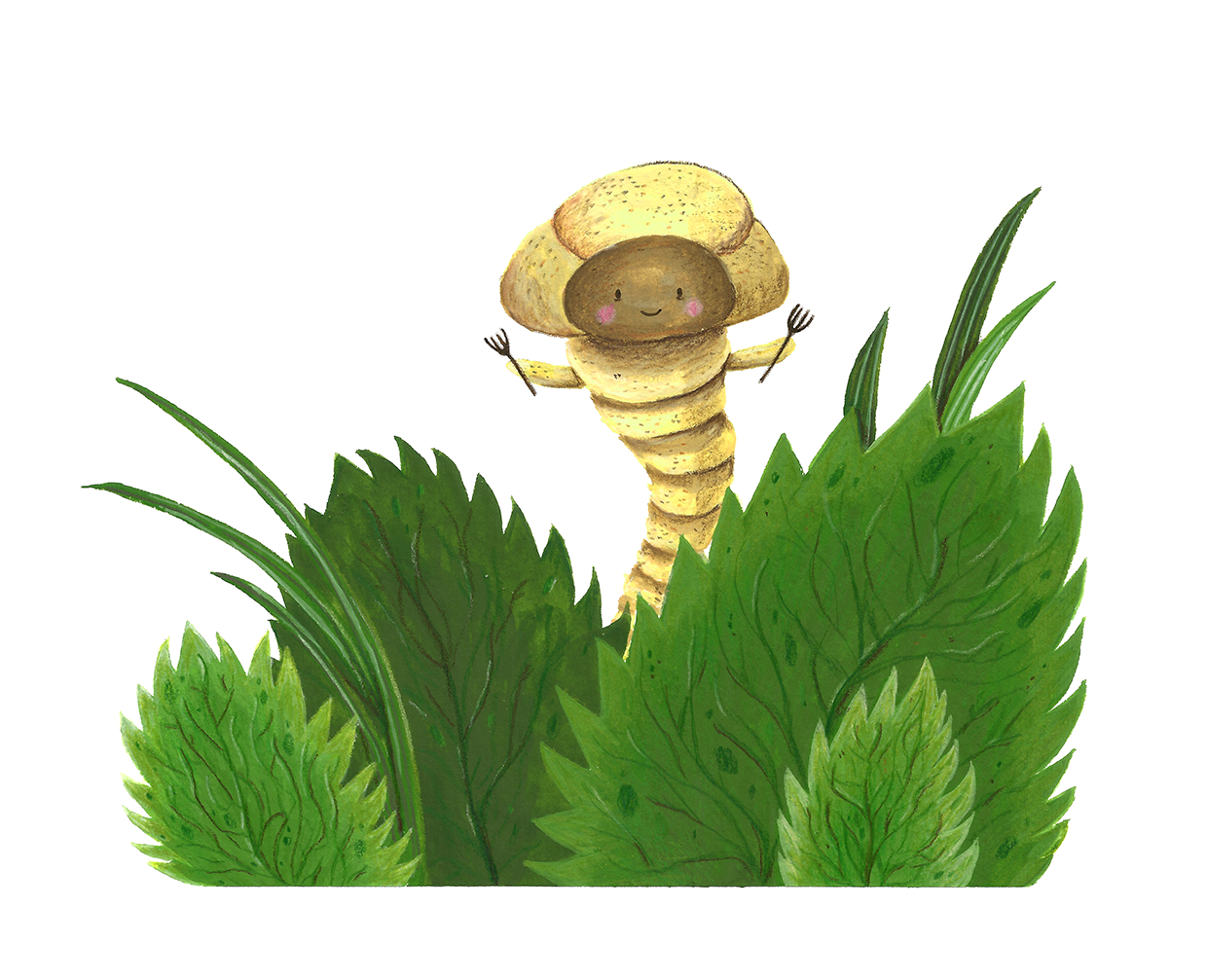 Leave fallen fruit on the ground

Leaving fallen fruit provides food for butterflies as some species will feed on the sugar of rotting/over ripe fruit. You could even try making a feeding station for your garden. 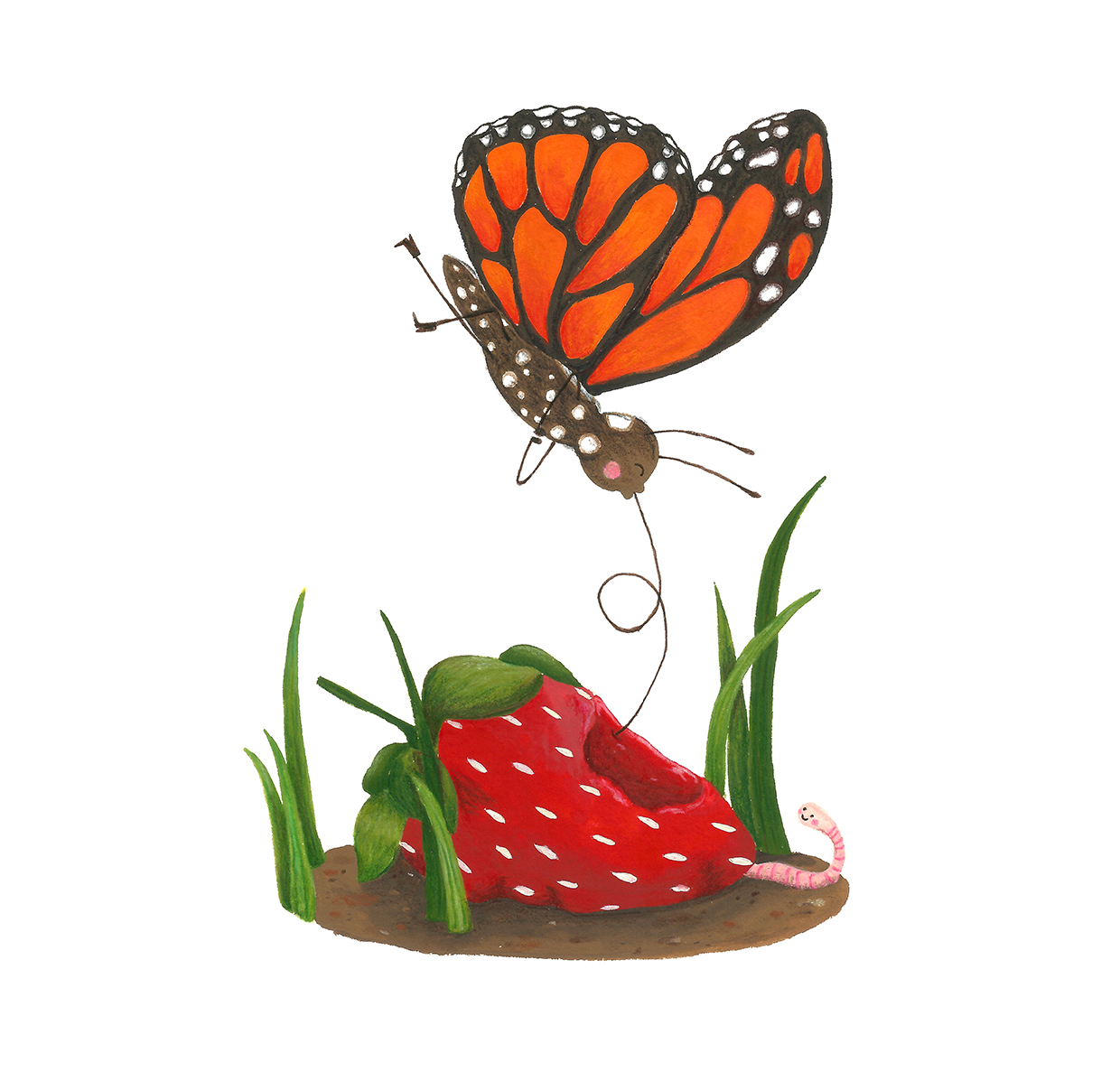 This could be a shallow area in a pond or even a bowl full of pebbles and water; the pollinators can stand on the pebbles without getting wet whilst they have a drink! 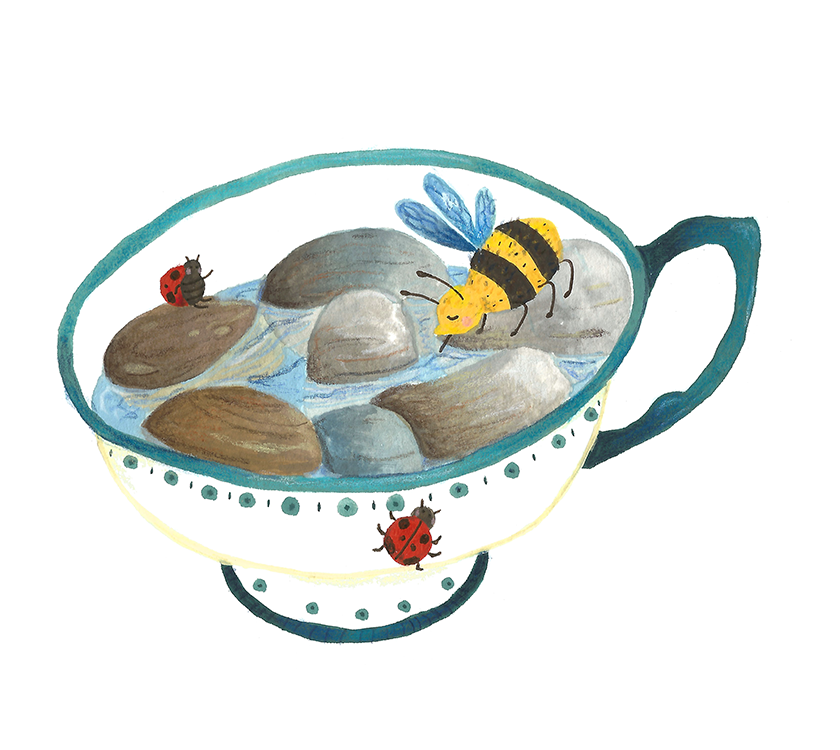 Avoid pesticides and try growing organically. We recommend companion planting as a great way of dealing with unwanted pests in an environmentally friendly way. 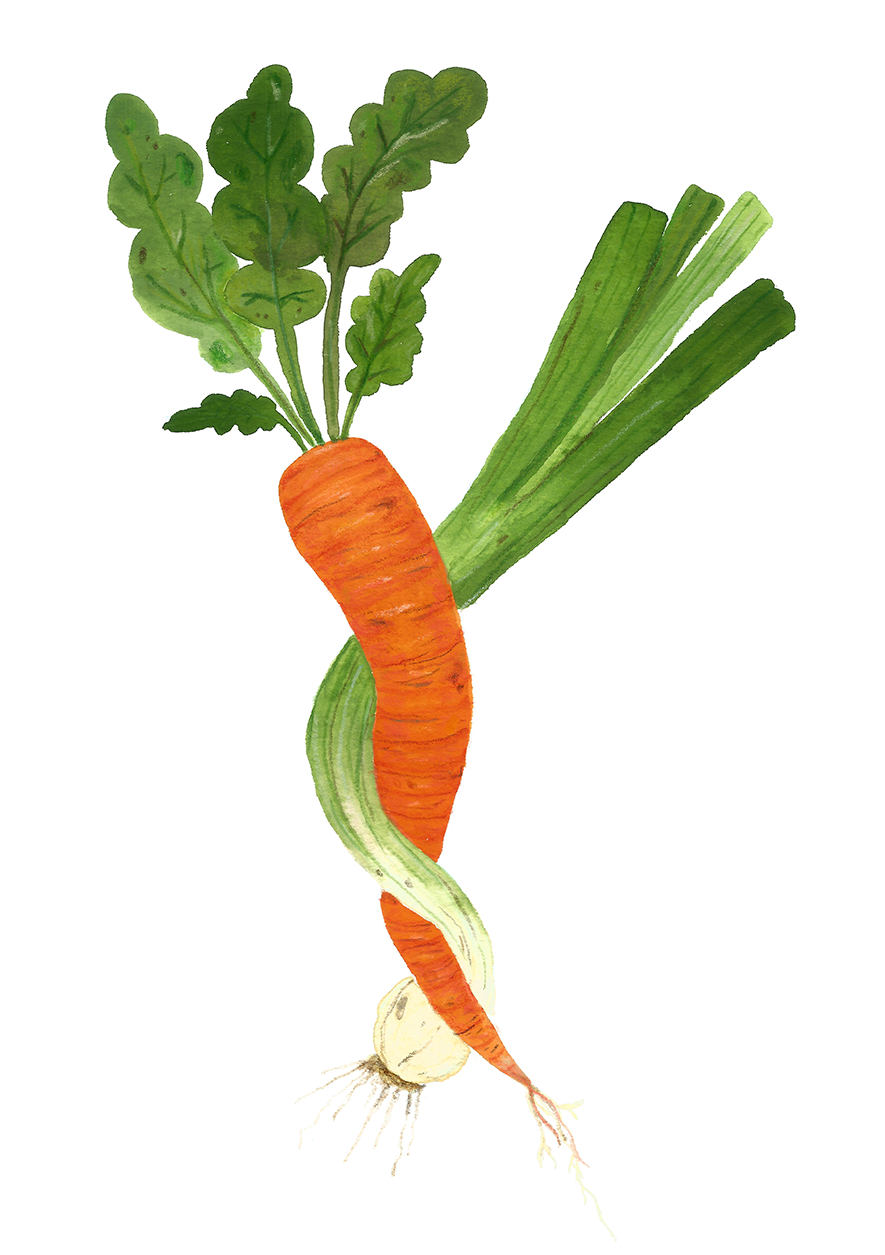 Some bee species will nest in the ground, so a spot of empty soil or a grass lawn could be the perfect home. Dead wood provides nesting areas for a variety of pollinators such as bees, wasps, beetles and ants. You could even create your own bug hotel from recycled garden materials. 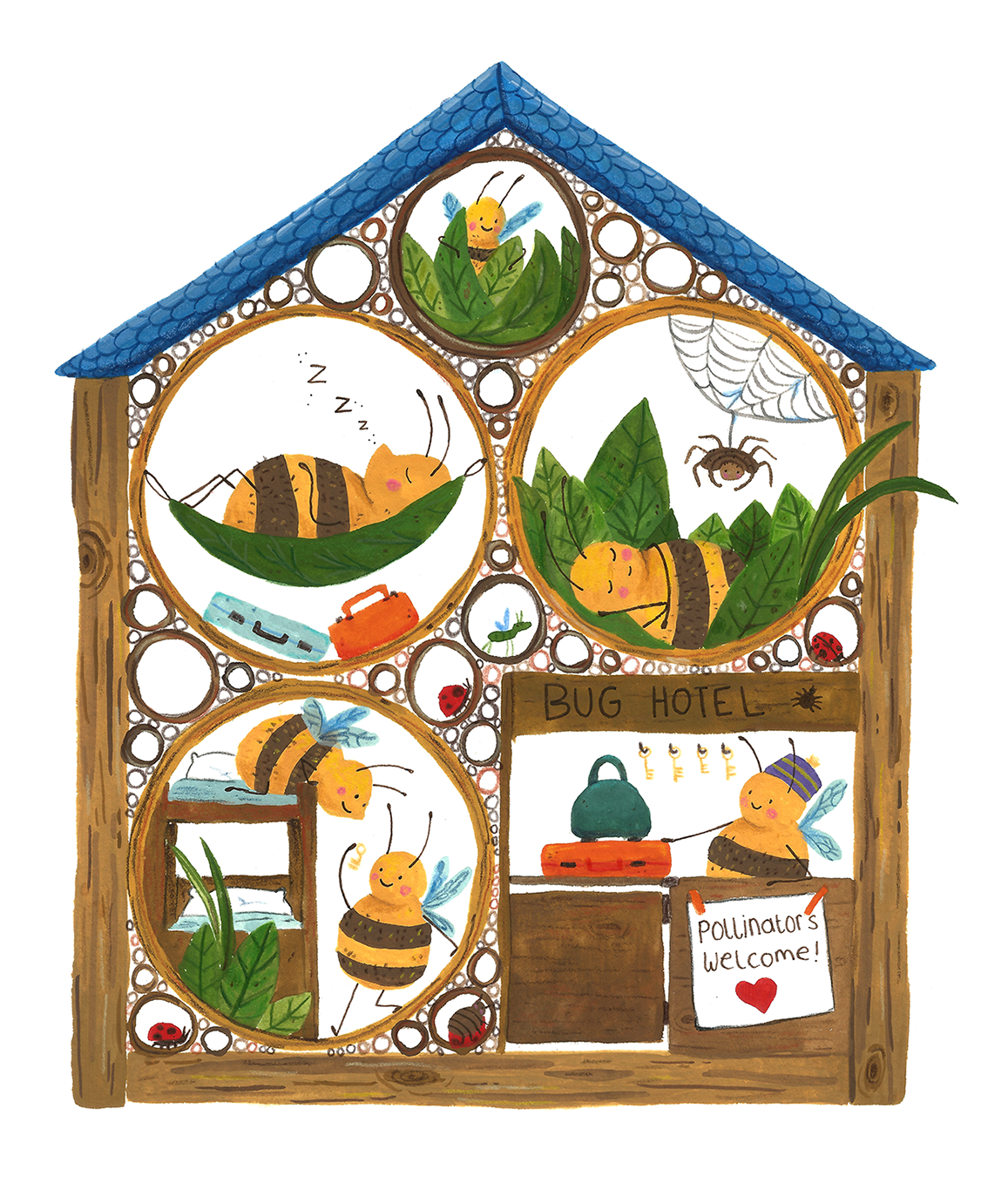 Thanks for helping our urban bees, city dwellers! Feel free to send us more tips and tricks on Twitter by tagging us @treesforcities.

All illustrations have been created by Heather Hattrick for Trees for Cities. Check out her amazing work here.