Ogh what? I hear you say. Imagine striding across moody moors covered in shades of gorse and bracken. A weathered standing stone looms out of the shifting mist, strange markings cover the edges. What is it? Who put it there? What is it saying?

Rooted firmly to the earth it looks like a part of the landscape, a gateway to the ancients and our imagination. You may have just stumbled across a stone monument with the mysterious script known as ogham.

Yes indeed, trees have been such an integral part of the human psyche that a whole alphabet was inspired by them, the ogham, also known as the Gaelic or Celtic tree alphabet.

It’s thought that this association with trees played a role in Gaelic language education. Like runes, each ogham symbol has a name: the letter ‘b’ is called beithe, ‘birch’ and the letter ‘c’ is coll, ‘hazel’. Bardic students learnt these basic names and used the ogham sequences to create lists for memorisation.

In a 2017 interview with Emily McEwan of Gaelic.co, linguist and polyglot Dr. Conor Quinn explained how the ancient Irish script works: "Ogham, quite delightfully, is one of the few alphabets written and read vertically from the bottom to the top.

Its twenty letters, called feda (= ‘trees’), group into four aicme (= ‘family, tribe’) of five letters each. Each letter is simply a cluster of one to five straight lines, scratched along the (usually) vertical edge of a stone.”

As far as what ogham was used for, Dr. Quinn explained: "All we know directly for certain is its use in writing personal names, in possessor form (So-and-So’s…), on the edges of standing stones and the like, as memorial (and possibly as territory/boundary) markers.But references in Old Irish (and later) literature also have characters writing ogham on sticks to send messages, to record information, and to do magic.”

There are roughly 400 surviving ogham inscriptions on stone monuments throughout Ireland, Scotland and western Britain. The largest number outside Ireland are in Pembrokeshire, Wales.

It's origins are shrouded in the mists of time and have been debated for years. Part of the difficulty is that dating ogham is often problematic. Though it is thought that the alphabet itself was created earlier, the evidence suggests that the surviving inscriptions of ogham in Ireland belong predominantly to the fifth and sixth centuries.

There are many popular theories vying with each other as to the origin of Ogham and no clear winners so far. This is no surprise as the script has similarities to ciphers as varied and different as Germanic runes, Latin, elder futhark and the Greek alphabet!

Mythical theories for the origin of ogham also appear in texts from the eleventh to fifteenth centuries. The eleventh century Lebor Gabala Erenn tells that ogham was invented soon after the fall of the tower of Babel, as does the fifteenth century Auraicept na n-eces text. The Book of Ballymote also includes ninty-two recorded secret modes of writing ogham written in 1390-91 CE. Alternatively the Ogam Tract credits Ogma (Ogmios) a Gaelic god, with the script's invention. Ogma was skilled in speech and poetry, and created the system for the learned, to the exclusion of rustics and fools.

There are some particularly interesting examples of standing stones that reveal further the complexity of human history within these islands. In Shetland, ogham has been found representing Norse words such as dattur (daughter) and krosk (cross) and, in Killaloe, Co. Clare, a particularly fascinating stone has a commemoration from c.1100 dedicated to a Scandinavian settler, Torgrim, which is written in Norse runes and then replicated in ogham.

We may never know the true origins of ogham and all its uses. What is certain is that the ancients were fascinated with the natural world which had great significance and meaning for them. Trees were a hugely important part of their everyday lives and played a key symbolic role leading to this ingenious alphabet. We catch a glimpse of their world when we see which trees were chosen for the alphabet.

We still carry a form of that same connection to nature within us today even in the modern world. It’s amazing to think that hundreds of years ago people were so inspired by the beauty of trees that it led to a whole script. If you happen to be walking in the old Celtic countryside you may come across a stone with the alphabet of trees inscribed on it, let it take your imagination for a stroll back to those ancient trees and scribes.

Fun activities for the whole family 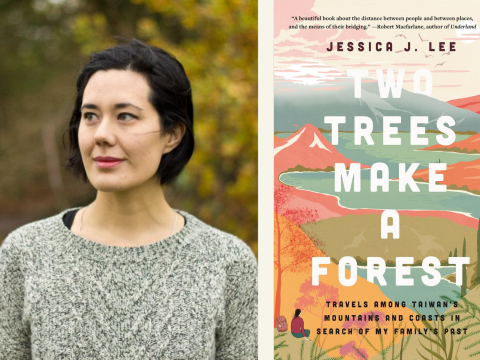 Not able to get out for those long walks in the countryside? Feeling at a loss at what to do in the last dark days of winter? Why not curl up with a cosy book, check out our TfC nature book list for inspiration and feed your imagination’s warming furnace.