A fantastic volunteer story from a long-term Portslade resident who has helped plant trees on the green opposite the house she has lived in for 70 years!

Audrey Bromley, 92, took part in a community tree planting in Stonery Close, Portslade, on Thursday (March 24). The event was organised by CPRE Sussex and supported by Brighton & Hove City Council as part of our Forgotten Places: Greening Coastal Towns and Cities project.

Audrey’s daughter Sharon Dowds said: “What a great opportunity for my 92-year-old mum to help with the planting of trees on the green opposite where she has lived for 70 years."

“It certainly made her day as she reminisced of all the fun times she and her family have enjoyed over those years – my brothers playing football endlessly on the green, birthday picnics, celebrations shared with the local community."

“It is as important now as it was when l was growing up to have areas in which youngsters can play, climb trees, gather and play games, so it is lovely to see groups continuing to support, maintain and develop these areas for the benefit of the community."

“I was as proud as my mum to know and see that people do care about the local environment.”

Audrey helped plant two Turkish hazel trees to join two others that had been planted earlier in the year. The trees will help to replace diseased elms which recently had to be removed from the area.

More than 100 trees have been planted across the city of Brighton & Hove as part of our exciting project to increase urban tree cover in coastal areas. Planting has taken place in Bevendean, Woodingdean, Portslade and on the Bristol Estate.

Jenni Cresswell from CPRE Sussex said: “This marks the very last planting for the Forgotten Places project which we got done super quick in the blazing sunshine. It was a wonderful note to end this fantastic project on.”

In total, the project run by Trees for Cities, will see £1.2m of funding to plant 55,000 trees across seven coastal towns and cities.

Funding was developed by Defra as part of the Government's Green Recovery Challenge Fund. It is being delivered by The National Lottery Heritage Fund in partnership with Natural England, the Environment Agency and Forestry Commission.

Trees for Cities is working with the Field Studies Council, Treeconomics, Forest Research and local partners to deliver this project. The project is also part of The Queen’s Green Canopy, and local residents will get the chance to mark Her Majesty’s Platinum Jubilee in 2022 by inviting people to ‘Plant a Tree for the Jubilee’. 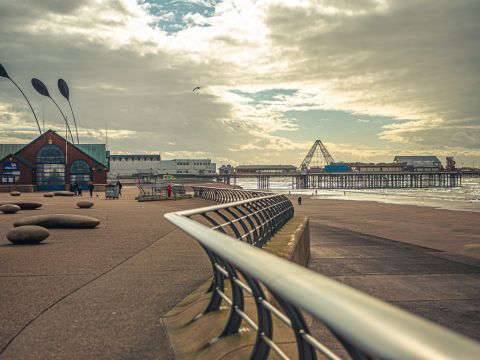 Our tree planting initiative Forgotten Places: Greening Coastal Towns and Cities will pave the way for a green revolution in coastal towns.